This page will feature upcoming juniors who have grabbed the attention of gymnastics fans and speculators. The athletes will be featured in a short profile listing notable accomplishments and other interesting facts. 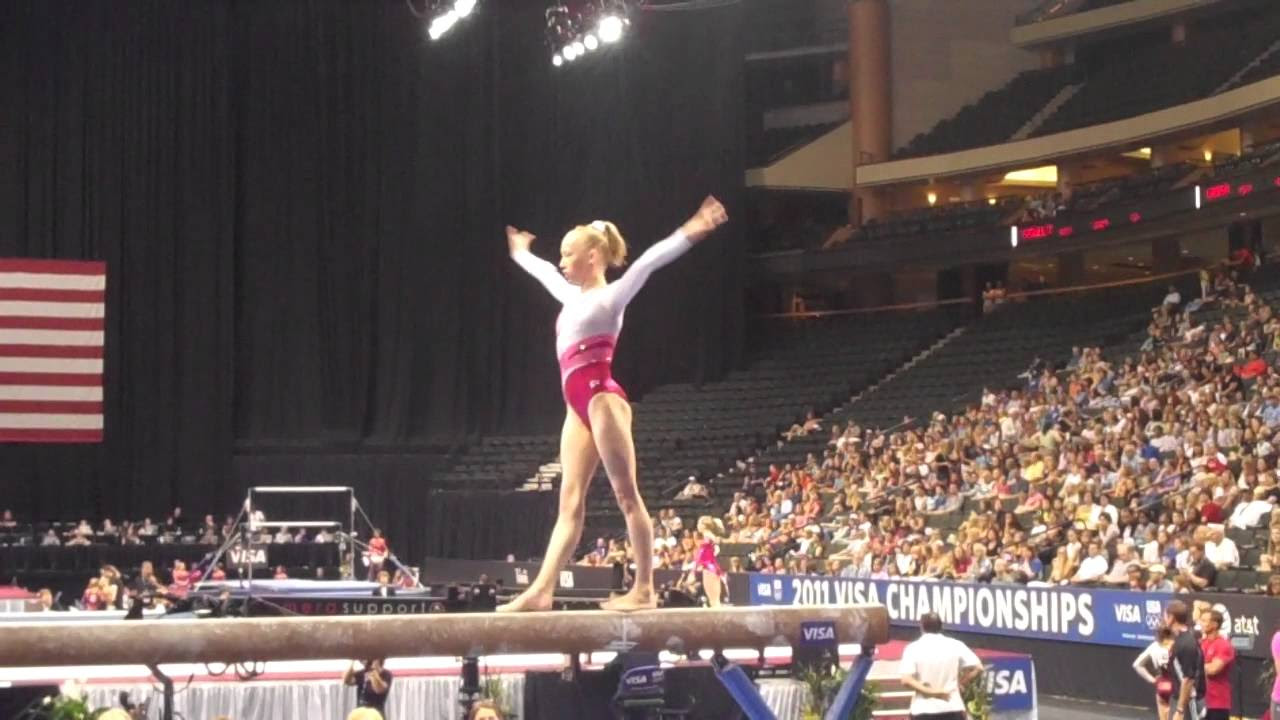 The inaugural junior to watch is Mile-High city gymnast, Polina Shchennikova.
Polina's backgroud is much like that of 2008 Olympic All-Around Champion, Nastia Liukin. So much so, that Polina is referred to as "Baby Nastia" around the Gymternet.  Like Nastia, she is the daughter of two former junior soviet gymnasts (read more). 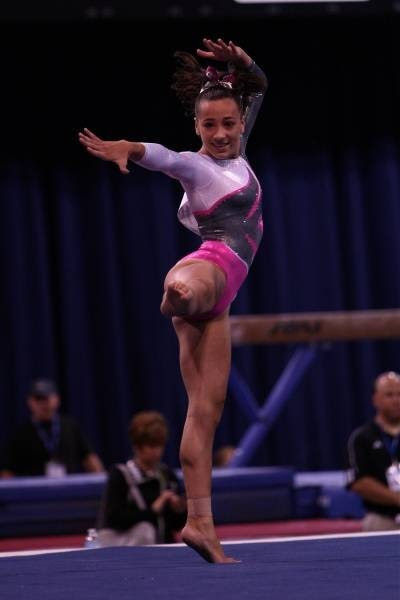 Amelia is the latest disciple to come out of Mary Lee Tracey's gym. This is the gym that famously produced 1996 Olympic Team Champions Amanda Borden and Jaycee Phelps.


Amelia is already a prominent junior on the USA Gymnastics scene. (Read More) 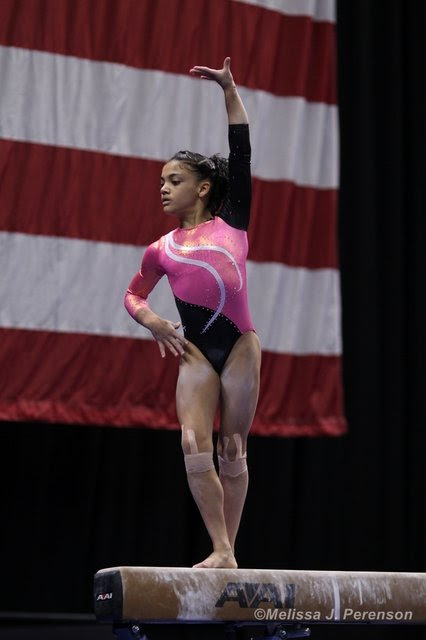 Thirteen-year-old Laurie is a kid of the new millennium. Born in the year 2000, she'll turn 16 in just enough time to qualify for the Rio De Janeiro Olympic team in 2016.

Laurie recently qualified for the first time to the national team as a junior. (Read More) 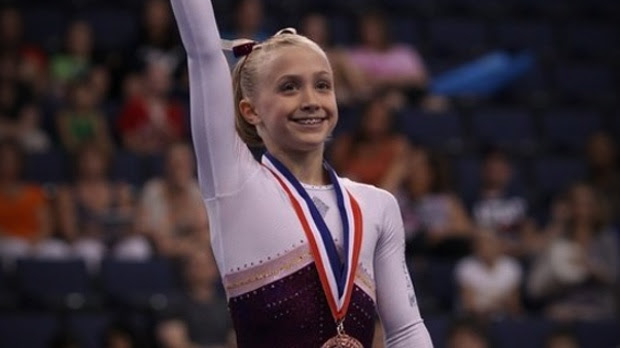 Bailie started gymnastics much like many gymnasts, as a child she had lots of expendable energy and was doing tricks of the couch on her head and her parents enrolled her in gymnastics so she'd have a place practice her tricks safely. (Read More)

Maria Kharenkova is rising the ranks of the Russian team. She gained international attention in 2012 with her performances at the Pacific Rim Championships and the junior European Championships in Brussels, Belgium. (Read More)

Norah was recently featured on the Gymnastike series "Beyond the Routine" where Chow's gym was featured. The eight grader was born in sunny San Diego, California but lived in Wisconsin before she moved to Iowa with her family to train with the legendary Liang Chow, who took Shawn Johnson and Gabby Douglas and molded them into Olympic champions (Read More)

Emily is a junior who is one of several Mary Lee disciples on the USA Gymnastics scene. Emily's gymnastics origin begins in ballet class. The youngest of three girls, her two older sisters, Allison, 19 and Kayla, 21, studied ballet and Emily followed in her sisters' pointe shoes. (Read More)

Thirteen-year-old Jordan Chiles is a promising junior on the US National team.  Recently, she made waves when she took the all-around title at the 2014 Secret Classic.
Jordan qualified as an elite in 2013 after placing second on beam and floor at the WOGA Elite Qualifier. She was named to the National team in April and later went on to compete at the P&G Championships placing 11th in the all-around. (Read More)

This junior to watch, Jazmyn Foberg is teammates with junior dynamo, Laurie Hernandez. Young Jazmyn, aka Jazzy has a few tricks up her leotard sleeve.

Jazmyn became an elite in 2013 after a strong showing at the Parkette's Elite Qualifier, but 2014 is the year she came out as a contender in the international elite scene.


She originally started training at Precision gymnastics, but moved to MG Elite when she found out that Laurie was training there and made the move to be able to compete at Laurie's level. Along with Laurie, Jazzy trains with another Rio hopeful, Ariana Agrapides, who completes the MG Elite Three Elite Musketeers. (Read More)

Yesterday, US gymnast Maddie Desch announced her retirement from elite gymnastics via her Instagram account. Maddie, who trains at Great American Gymnastics Express, aka "GAGE" explained she came to the decision to retire due to a nagging injury that prevented her from training at the elite level.
1 comment
Read more

In 1992, Dominique Moceanu was a baby junior gymnast with big dreams. The ten, soon to be eleven-year-old had started training with Bela and Marta Karolyi after her family moved to Texas in 1991.
Post a Comment
Read more